You are invited to worship God & to pray for the Nations!

WHop is open to everyone who has a desire to minister to God and through it pray for other nations close to His heart. WHop invites congregations of different nationalities to come and join in prayer with us. If you are interested to join our watch or if you are interested to book time slots for your prayer group, do Whatsapp Callie Liew at 98459688 or email us at worldwidetransform7@gmail.com.

What is Worldwide House of Prayer? 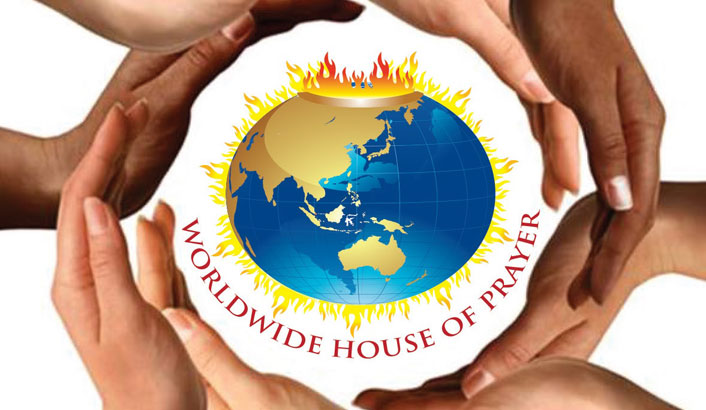 WORLDWIDE HOUSE OF PRAYER (WHOP) was dedicated on 11 November 2011 at 11 am to mobilize prayer warriors for the nations. Today, we have many regular intercessors who pray at all hours of the day and night. WHOP seeks to open a beachhead for community transformation though prayer. WHOP also provides spiritual covering for Worldwide Transformation Ltd. WHOP is proud to be affiliated with the Jerusalem House of Prayer, founded by Tom Hess.

Worldwide House of Prayer (Whop) was birthed from a vision to bring together a community of passionate worshippers and prayer warriors. We aim to worship God and to stand in the gap to pray for nations and for the return of our King and Lord.

We are from churches of different denominations, culture and nationalities.

God has openly declared that His house shall be called a House of Prayer for all nations (Isaiah 56:7) – not just for the Jews but also the peoples of the earth.

King David understood the heart of God. And God called him “a man after My own heart who will do all My will” (Acts 13:22). Before the first Temple was built by King Solomon, the son of David, King David brought back the Ark of the Covenant and placed it inside a simple tent. This was later called the Tabernacle of David, a dwelling place of God.

There in the Tabernacle of David, 288 prophetic singers and 4000 skilled musicians were appointed and scheduled to minister before the Lord day and night 24/7, worshipping and praying without ceasing. While David was alive, his love and zeal for the Lord kept this House of Prayer alive and full of life.

However as the years went by, people forsook this Davidic order of prayer and worship, and soon they forgot all about it and replaced it with other mundane things in life.

God didn’t want to see His house in ruins. Thus He said in Amos 9:11-12 “On that day I will raise up the Tabernacle of David, which has fallen down, and repair its damages: I will raise up its ruins, and rebuild it as in the days of old; that they may possess the remnant of Edom, and all the Gentiles who are called by My name,” says the Lord who does this thing.

God is now raising up and restoring the Tabernacle of David, repairing its damages and raising up its ruins. We are now seeing the fulfillment of God’s Word as many Houses of Prayer are birthing forth and operating by the power of the Holy Spirit in many nations including Israel!

This is our desire to establish this House of Prayer where the fire on the altar shall never go out in our homeland and beyond.

FOR MY HOUSE SHALL BE CALLED A HOUSE OF PRAYER FOR ALL NATIONS
Isaiah 56:7

Since the year 2000, Callie had desired to set up a prayer centre for Asia but it was only in late September 2011 while Callie Liew was in Jerusalem, that the Lord gave her a mandate to start a House of Prayer for all the nations of the world. As she waited upon the Lord and sought for a name, the word “Worldwide” kept appearing. This was later confirmed by other intercessors through prophecies and visions.

WHop was opened on 11/11/2011 at exactly 11am. We believe this is a prophetic and strategic day and time to compel us to pray, redeeming the time because the days are evil. God’s clock is ticking at the eleventh hour.

WHop seeks to pray and intercede on a 24/7 basis until the kingdoms of the world has become the Kingdoms of our Lord and of His Christ (Rev 11:15).

ENTHRONE
To enthrone God with our prayer and praise (Acts 15:16-17)
ENROLL
To enroll worshippers and prayer warriors to pray for the nations (Psalms 2:8)
EXECUTE
To execute onsite prayer for the nations (Isaiah 40:3-5)
ENABLE
To enable a multiplier effect by setting up houses of prayer as lighthouses in different nations (Isaiah 4: 5-6)
EMPOWER
To empower more effective prayer through in-house training and coaching
ENTHUSE
To enthuse the nations to pray through national seminars and conferences
ENTER
To enter into the presence of God.

A RESPONSE TO GOD’S VISION

Below is a brief summary of Callie’s vision:

As God revealed further details, Callie saw a vision of many other lighthouses rising up in different nations with more people carrying resources walking on their beams of glory.

In the subsequent part of the vision, Callie saw the beams of glory coming together to form a shield of glory. This glorious shield will protect the people and lessen the sufferings in the end times. “Then the Lord will create above every dwelling place of Mount Zion, and above her assemblies, a cloud and smoke by day and the shining of a flaming fire by night. For over all the glory there will be a covering. And there will be a tabernacle for shade in the day time from the heat, for a place of refuge, and for a shelter from storm and rain” (Isaiah 4:5-6). In response to this vision, WHop is calling His people to join hands together in prayer so that people from different corners of the planet will see the shield of glory and bow down in praise and adoration.